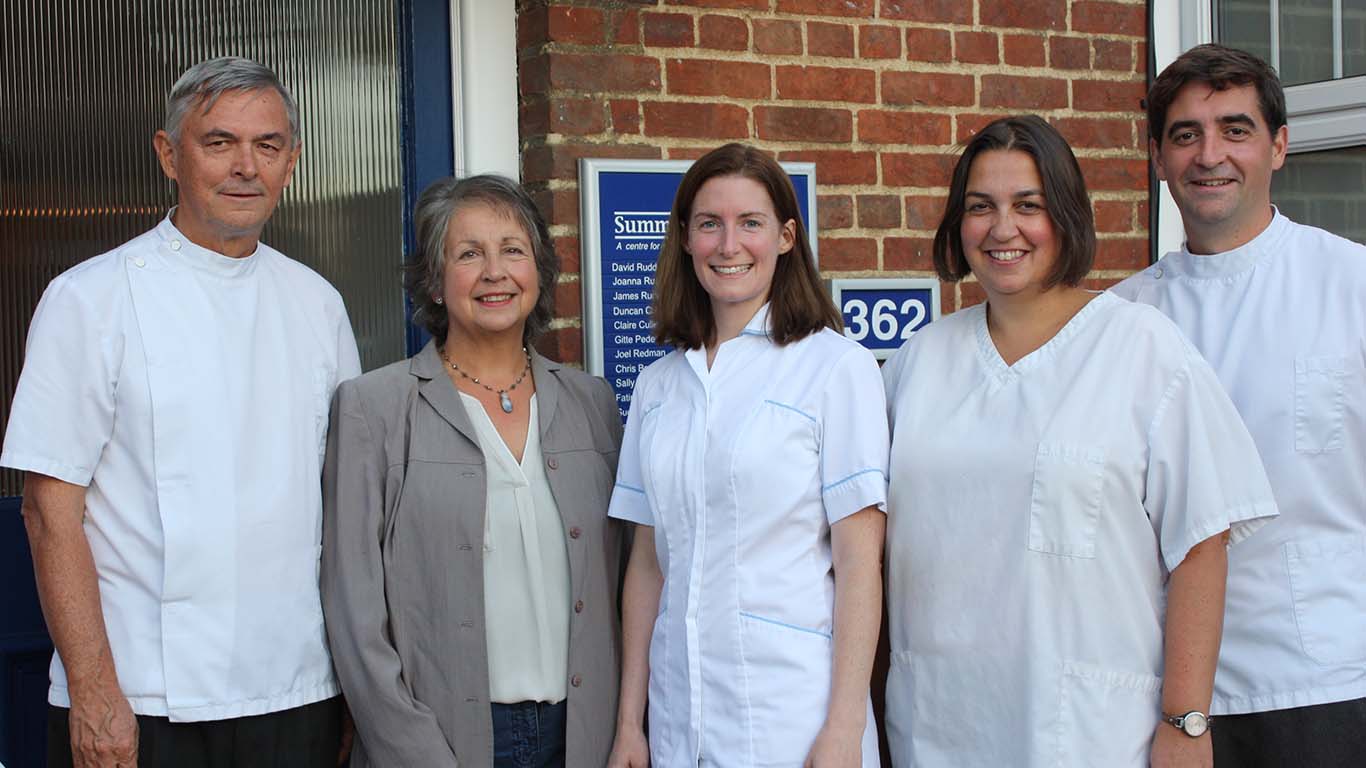 Summertown Clinic is a modern healthcare clinic with a community of 28 practitioners offering a range of 18 different therapies. We’re well supported by our local community and have seen well over 12000 unique patients over the last 10 years.

Having been established in 1975 by David and Kerry Ruddick (both now retired) and now being run by two of their children James & Joanna, family values are at the core of our clinic. We have used this sense of family to develop an excellent team of practitioners over the years. These include our longest serving practitioner Chris Boardman (joined us in 1980) and our newest recruit Ben Davies.

Through our community of practitioners there’s a multidisciplinary team that have a common space to share ideas and treatment approaches to best serve you. We have a wonderful staff space where we come together for continued professional development both formal and informal.

David and Kerry met at what was at the time the British College of Naturopathy and Osteopathy (BCOM) in 1964 and while working in and around London, decided in 1973 to move to Oxford to set up. They initially worked at 168 Banbury Road, before moving the practice to their home at 362 Banbury Road.

In 1975 – The practice had begun to grow significantly and they committed themselves to full time practice in Oxford, and Summertown Clinic was established. Jean Parrott was also hired becoming the clinic’s first permanent staff member as a receptionist.

In 1977 David and Kerry added to their family (Joanna was born in 1973) with the birth of twin boys, Chris and James and it didn’t take long for the family to out grow the building. All 3 children eventually became osteopaths! (Just Ed who was born 5 years later who’s not an osteopath, but his wife Nicola works with us!) 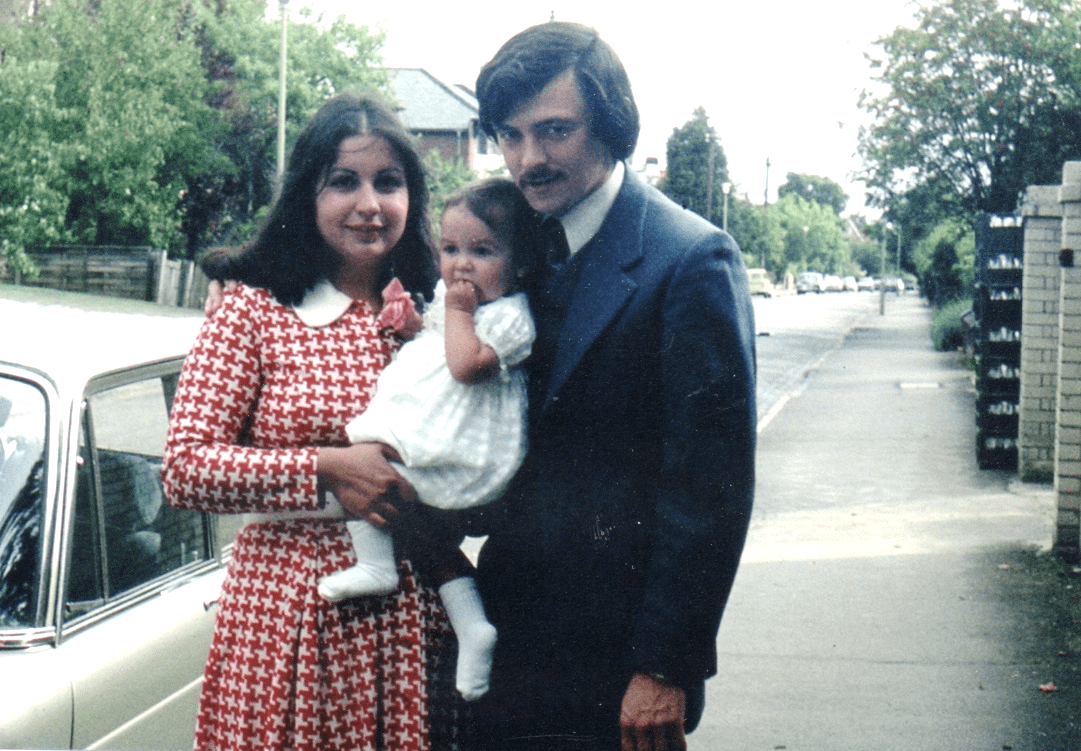 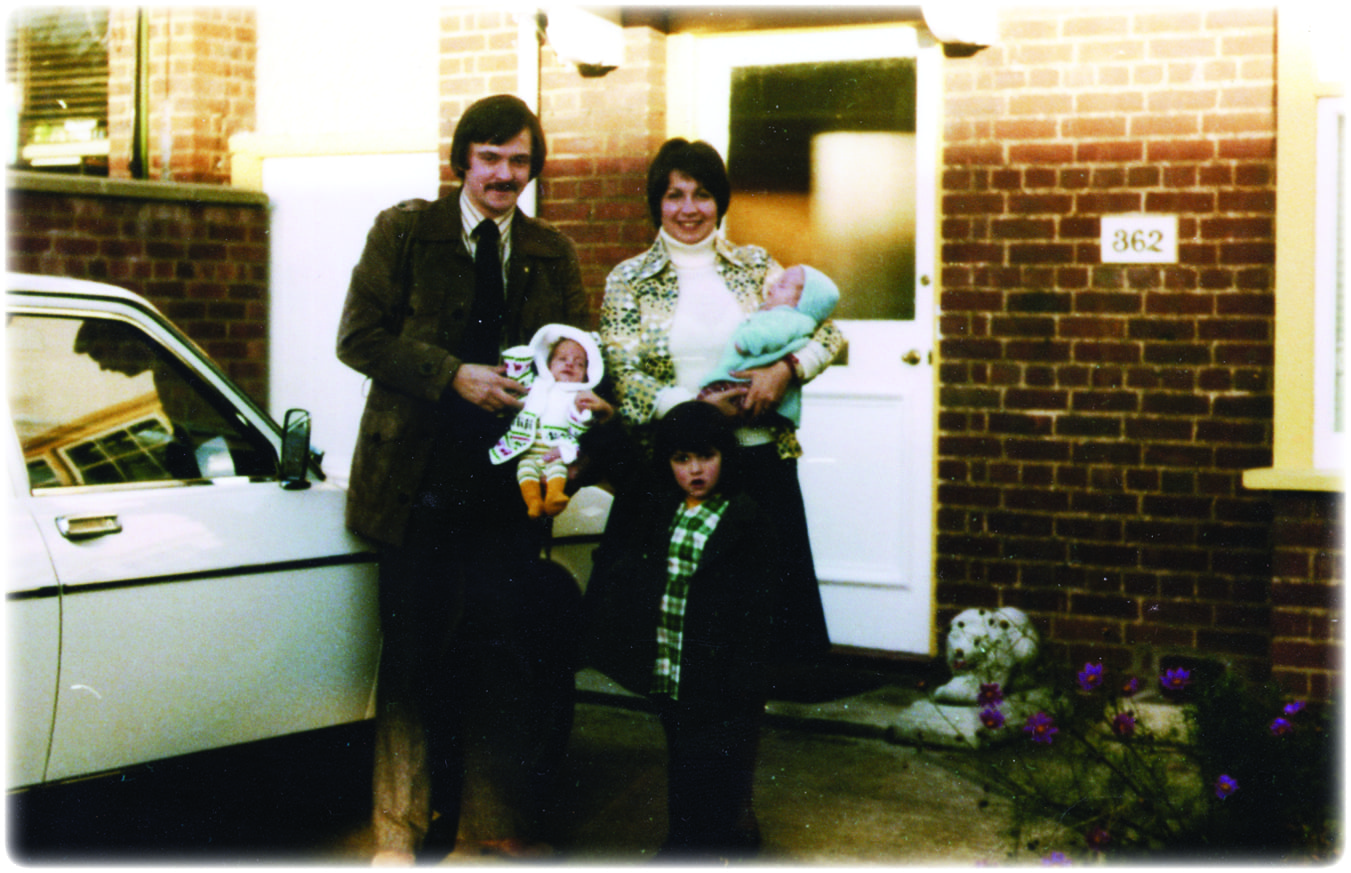 It wasn’t just the family growing either, as the clinic became busier in 1978 an extension was built into the garden at the back, adding 2 further treatment rooms.

Chris Boardman joined the practice in 1980 and is still working with us today!

Across the next decade the clinic began to grow as other practitioners expressed their interest in joining the thriving complementary and alternative medical multi-disciplinary clinic.

By 1996 we had several more receptionists including Ruth Banfield who is also still working with us.

1997 saw Duncan Cameron Mitchell join the clinic, and Hazel Wardrop joined the practice, she later became our first practice manager. The following year Sally Evans joined us initially as a sports massage therapist then after qualifying as a McTimoney Chiropractor she has worked with us ever since.

The clinic continue to expand and we divided the front room into 2 to cope with demand.

In 2004 we then underwent an extension project to modernise and add full disabled facilities to our practice.

Then in 2005 Joanna Ruddick joined the clinic after gaining her Psychology degree at Newcastle University and later a degree in Osteopathy, then practicing in Lincolnshire and Wellington New Zealand for 3 years.

In 2006 James Ruddick also joined the clinic after gaining a first degree at Loughborough University in Chemistry and Sports Science, then gaining his degree in Osteopathy and practicing in Clitheroe, Lancashire for 2 years.

“By 2010 the clinic had grown to over 25 practitioners, we have been striving to give the best treatment we can, and as a result have been very busy. In the process we became increasingly recognised on a national level, winning several awards:

Since gaining these prestigous awards with continued to develop as a community of practitioners, and as a clinic.

In 2019 we completed a major refurbishment which included air conditioning, new flooring, greater accessibility, access to a sink in every room, and new lighting.

“We will carry on striving to be the best we can and offer you, our patients, the very best healthcare.” – James Ruddick

With such a large community of practitioners serving so many people in and around Oxford, we are very lucky to have a lovely and friendly hard working team of staff to ensure you’re welcomed and looked after as soon as you pick up the phone.

The star of the show is our Practice Manager – Julia Sinnett who helps us do pretty much everything at the clinic.

Are you interested in joining our team either as a staff member or as a therapist? We occasionally have vacancies that we post here (and on our social media), but if you think you’ve got what it takes to provide great service in a friendly but busy environment get in touch and drop in your CV. 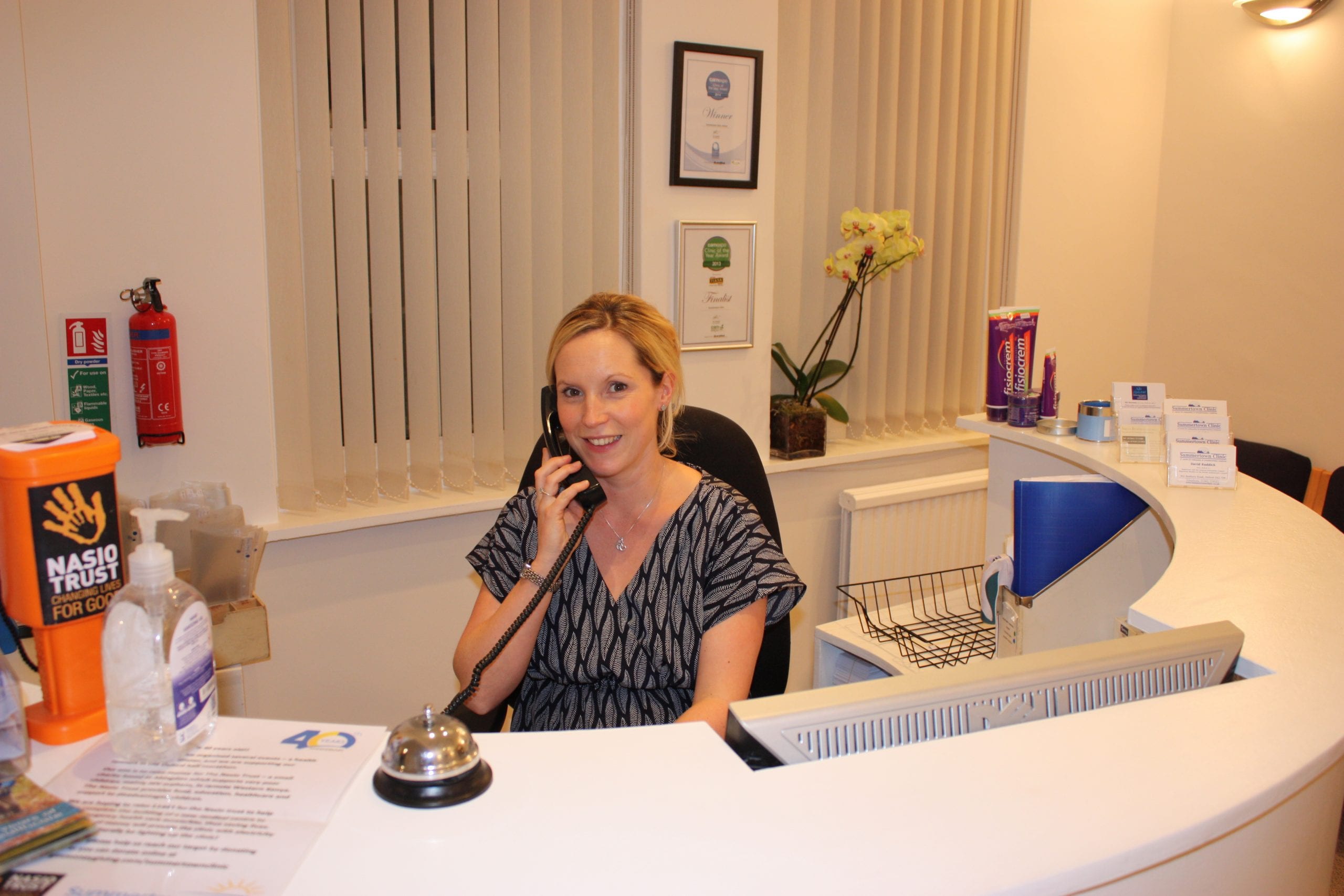 We are currently recruiting for the role of receptionist. We have started advertising and you can see the job advert here. If you’d like to apply please email Julia Sinnett (Practice Manager) at hello@summertownclinic.co.uk, with your CV and a covering letter.

At Summertown Clinic we employ:

Want to leave us your CV? Email it to us here. 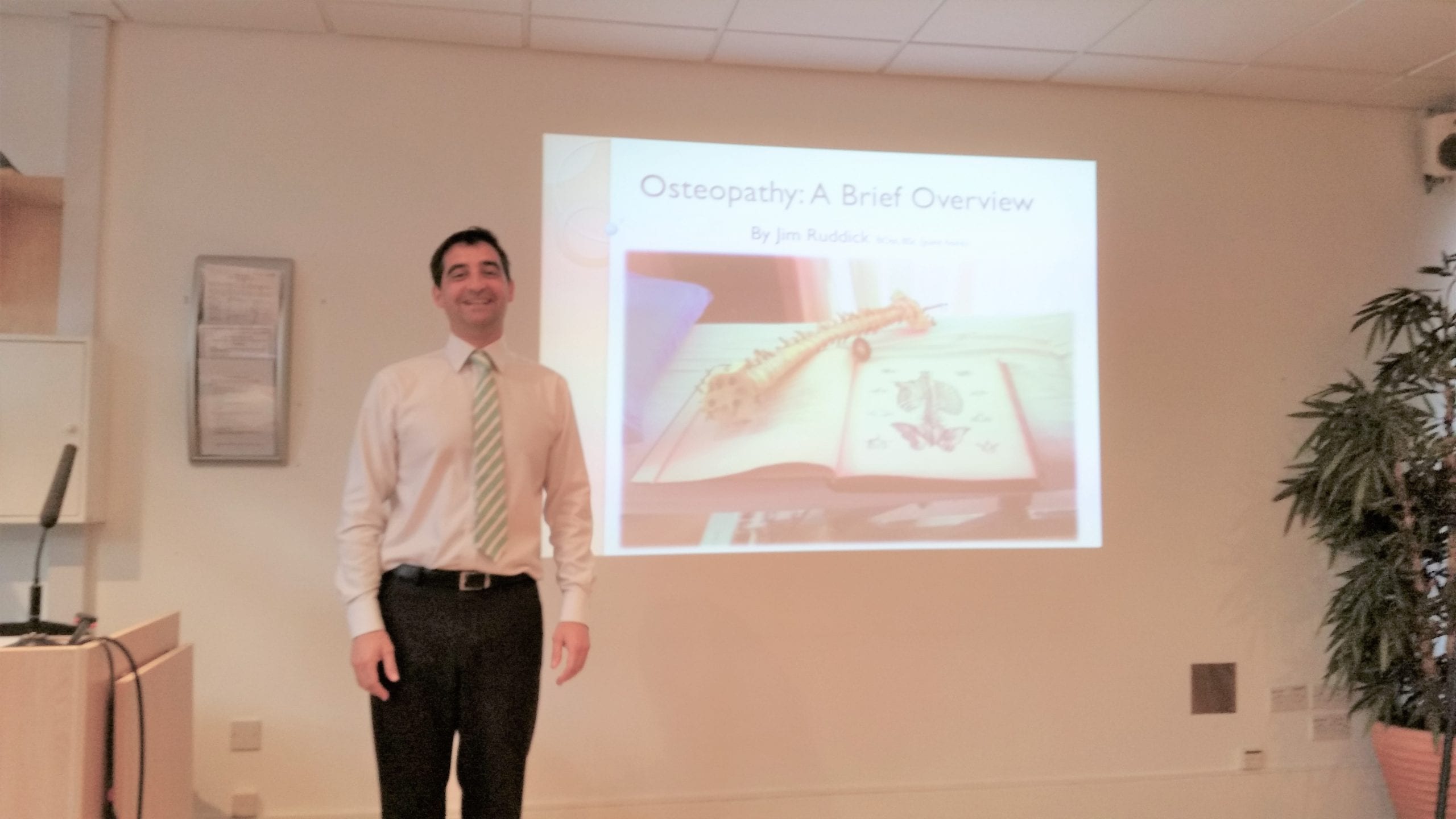 We are so pleased to have such an excellent team of award winning practitioners, and we’re always on the look out for the right type of person to join us.

We’ve just refurbished the clinic and have some room availability we would particularly like to hear from Chiropractors, Podiatrists, and Massage Therapists at the moment, but please do send your CV in if you’re interested (even if from a different discipline).

Benefits of being a practitioner at Summertown Clinic: